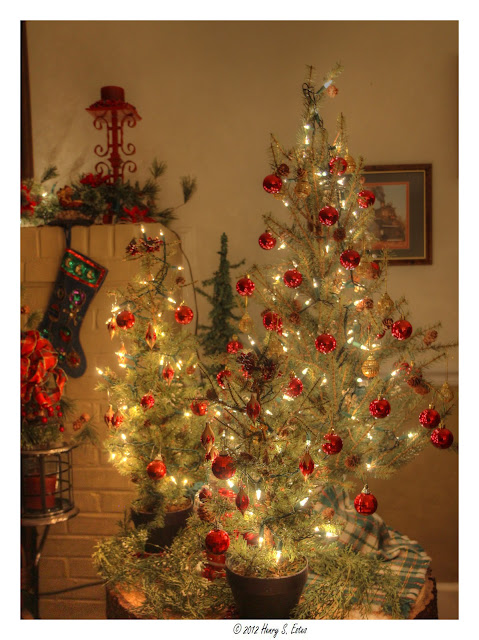 The Christmas tree has also been known as the "Yule-tree", especially in discussions of its folkloristic origins.  It is a decorated tree, ideally an evergreen conifer such as pine or fir.  The custom of the tree developed in early modern Germany with predecessors that can be traced to the 16th and possibly the 15th century, in which "devout Christians brought decorated trees into their homes."  It acquired popularity beyond Germany during the second half of the 19th century.The tree was traditionally decorated with edibles such as apples, nuts or dates. In the 18th century, it began to be illuminated by candles, which with electrification could also be replaced by Christmas lights.

Email ThisBlogThis!Share to TwitterShare to FacebookShare to Pinterest
Labels: Christmas