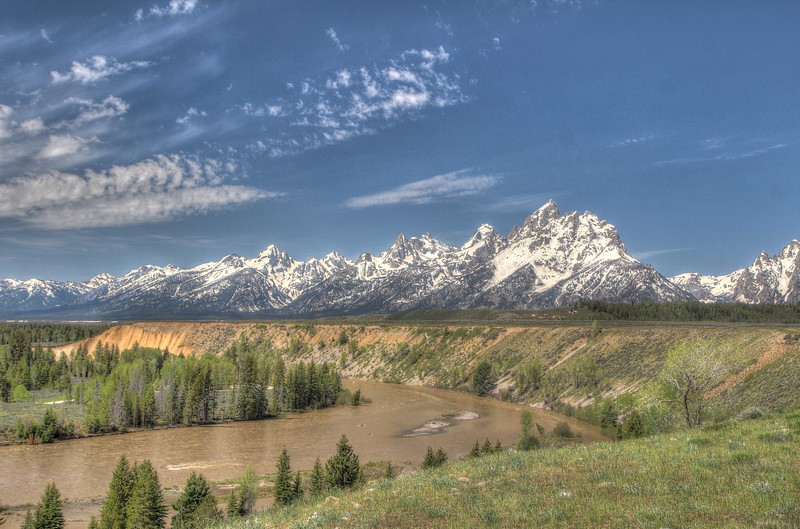 In 1886, four men set up camp on a wide gravel bar along the north bank of the Snake River to look for gold. Later, three of the men were found with their bodies half-buried in the Snake.
The three men had been weighted down with stones, but the river’s flow had fallen enough to expose their bodies. When law enforcement officers apprehended the fourth man, he admitted to killing his partners—but insisted that he’d acted in self-defense.  Did he get away with murder—three times over?

The site of the triple murder, now located within Grand Teton National Park, has ever since been known as Deadman’s Bar.

If you would like to purchase this print, please click on the image to purchase. It will open www.hsestes.photography shopping site, and you will be given size and print/canvas options to choice from. Note that some sizes may require cropping.